Coffee, tea, red wine, berries, juice — why is it that all the best things in life stain your teeth? We’ll chalk that up to one of the great mysteries of the universe, but there is one thing we do know: indulging in your favorite treats doesn’t have to mean sacrificing your bright smile.

Not all that long ago, your teeth-whitening options were slim. You could do hours-long in-office whitening sessions or get a prescription at-home kit from your dentist. Today, you have hundreds of at-home options to choose from, including whitening trays — plastic trays filled with a whitening agent that you place over your teeth. Here are five of the best whitening tray kits available. 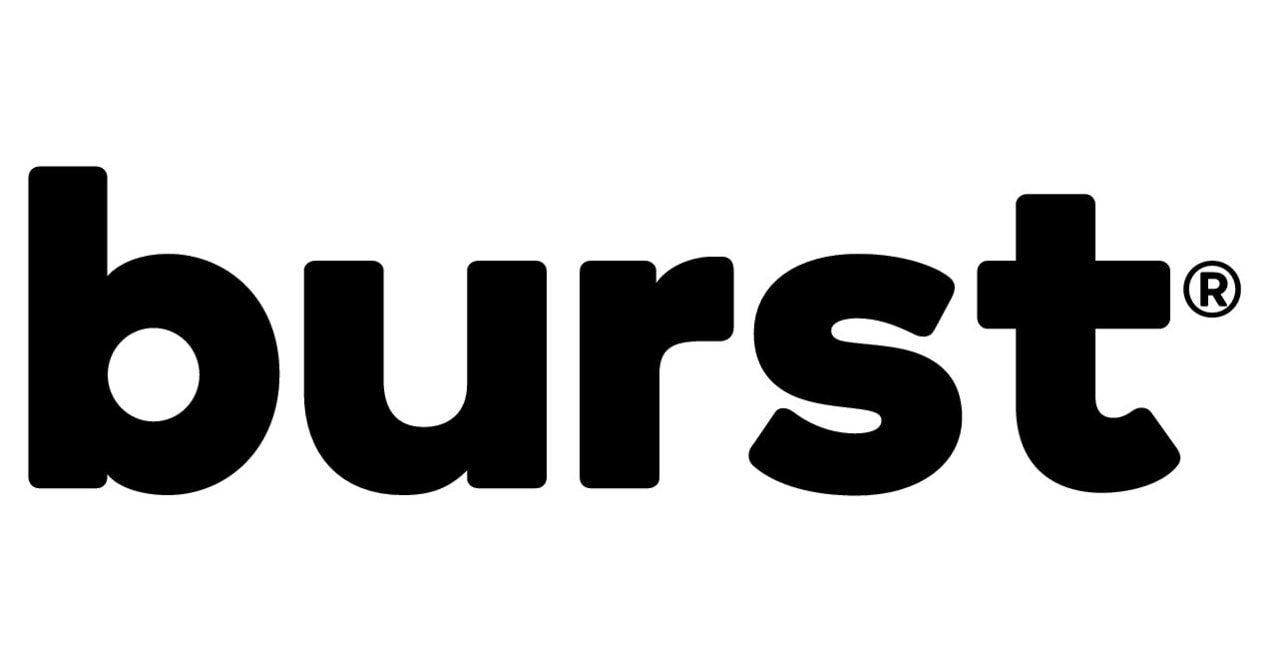 BURST Whitening Trays are one of the most powerful at-home treatments out there. But despite having a higher hydrogen peroxide concentration than many at-home treatments, their whitening gel doesn’t cause sensitivity for most people thanks to its specialized formula.

As pre-filled trays, they come prepared with the perfect amount of gel, making the process more convenient. Plus, they only require 15 minutes per session, and they don’t have a strong peroxide flavor like some other treatments. If you’re looking for a whitening treatment that boasts a stellar balance of effectiveness and comfort, it’s tough to beat BURST.

Are BURST Whitening Trays Right for You?

Bottom Line: BURST delivers excellent whitening power without the sensitivity and peroxide flavor you get from other treatments. Anyone who wants effectiveness, convenience, and comfort in equal measures should check them out.

Opalescence is a leading provider of professional teeth whitening. Opalescence Go takes their proprietary gel — which is formulated to stick to the teeth and oxidize stains without burning soft tissues — and puts it in pre-filled trays.

The beauty of Opalescence Go is its blend of effectiveness and convenience. Their whitening gel is powerful — these are professional kits that were designed for use in dental offices but are now available to consumers. And they’re incredibly simple to use. You just pop them in, suck them against your teeth, and remove the outer shell. No measuring gel, no cleaning trays, and no fighting to get strips in place. It’s about as simple as teeth whitening gets.

Is Opalescence Go Right for You?

Bottom Line: Opalescence Go harnesses professional whitening power in one of the most convenient methods for brightening smiles.

Opalescence Go might be the most notable pre-filled whitening tray, but it isn’t the only one on the market. Auraglow is an effective, convenient option too. While their LED kit might be their better-known product, their pre-filled trays deserve some praise too.

They boast many of the same benefits as Opalescence and BURST. You don’t need to measure out gel or clean the trays, they quickly form to the teeth, and you can toss them out when you’re done. What separates them is their gel formula; Opalescence Go and BURST’s formulas have that little extra oomph. However, Auraglow’s lower price tag might make the trade-off worth it for you.

Is Auraglow Right for You?

Professional whitening is the gold standard for brightening smiles. But professional at-home kits are generally pretty simple, with just two components: customized trays and whitening gel. Tailor-made by your dentist to fit your teeth perfectly, those trays help push the gel into the crevices of the teeth and offer complete coverage, ensuring the most even whitening possible.

Sporting Smiles lets you get customized trays without visiting the dentist. You just take your impressions and ship them to the company. You get to choose the whitening formula you want — 35% carbamide peroxide for their standard strength and 22% carbamide peroxide for sensitive teeth (carbamide peroxide is less potent than hydrogen peroxide). All you’ll need to do is measure out the right amount of gel each time and clean the trays after each use.

Is Sporting Smiles Right for You?

Bottom Line: If you want to get that professional at-home experience without the dental visits or associated costs, Sporting Smiles delivers.

Sporting Smiles may be the most affordable direct-to-consumer customized whitening tray kit, but it isn’t the only option available. Smile Brilliant also offers tailor-made trays, and they also provide more options for customization.

Smile Brilliant gives you the option to choose their sensitive kit or their standard one — not something every company offers, but also not that novel. However, it also lets you customize your purchase based on how stained your teeth are. The heavier your staining, the more vials of whitening gel you get. They also back their kits with a 100% satisfaction guarantee, so if you’re unhappy with your experience, you’ll get a full refund.

Is Smile Brilliant Right for You?

Qualities We Looked For

What makes one teeth whitening system better than the rest? Ultimately, this is pretty subjective; everyone has different qualities in mind when looking for their perfect kit. Our goal was to zero in on the most universal qualities — the ones everyone wants their whitening treatment to have. Here’s how we evaluated each product.

Full disclosure: we didn’t test all these kits ourselves. Our understanding of their functions and results comes from researching ingredients to watching video testimonials from customers just like you. Products that don’t use effective ingredients or fail to deliver results did not make our list.

Ultimately, the main reason to choose a direct-to-consumer kit over in-office whitening or prescription at-home systems is the price. Finding whitening trays that are cheaper than professional treatments is easy, but we also looked at overall value — kits that offer a lot, or at least something special, for their given price point.

Whitening gels make contact with your teeth, and during the whitening process, you’ll likely swallow a small amount too. High-quality ingredients are pretty important, all things considered. We only selected systems that use dental-grade ingredients that current research shows are safe for use.

Whitening your teeth shouldn’t be overly complicated. Your day is already busy enough as it is! Given you’ll need to whiten your teeth once a day until treatment is complete, we looked for kits that are easy to use, requiring just a few basic steps from start to finish.

Teeth whitening has always been a slightly awkward process — especially with trays! However, we don’t want anyone to avoid treatment because it’s so uncomfortable. We looked for systems that were less obtrusive, better tasting, and on the whole more pleasant to use.

At-home whitening tray kits can give you a stunning smile in just a few weeks, without breaking the bank. These kits closely mimic those you can get from your dentist — and sometimes are exactly the same! All four kits on this list are wonderful options we are confident in sharing with you. No matter which one you select, you’ll be smiling brightly soon.

Is it safe to use at-home teeth whitening trays?

Yes! While you need to buy from reputable companies and follow the directions carefully, using at-home whitening kits — trays or otherwise — is perfectly safe.

Are kits with LED lights better than standard whitening trays?

The research is mixed. Some studies show that blue light speeds up the whitening process. Others show zero difference. Ultimately, whitening agents will work with or without the light, so whether you use one is a matter of preference.

Can I use a whitening toothpaste while also using these systems?

The whitening power of toothpastes is pretty weak. While these products can maintain a white smile, they won’t help you achieve one. But are they safe to use while whitening? Most likely, since their peroxide concentration is low and the toothpaste doesn’t stick to your teeth after rinsing. However, we’d suggest a toothpaste for sensitivity instead.

How do whitening agents work on the teeth?

This varies depending on the agent. However, in most cases, they help open the pores of the teeth, then get inside the teeth and react with the carbon in the dentin. This causes oxidation that breaks apart the molecules of the stains, allowing them to lift out of the teeth.

Do I need to see the dentist before I start whitening my teeth?

It’s a good idea. We suggest timing your whitening treatments around your twice-yearly dental visits. That way, you know your teeth are healthy and super clean, which ensures better results.

How long are my teeth going to stay white?

Is there anything I can do to extend the lifespan of my whitening results?

Avoid foods and drinks that stain (think coffee, red wine, and berries). Don’t smoke. Brush your teeth at least twice a day and floss at least once. Be sure to keep up with your professional cleanings as well.

If my teeth become sensitive after whitening, will it be permanent?

No, once you stop whitening your teeth, it will stick around for a few days, perhaps a week. However, it will go away. Using things like fluoride toothpaste and remineralizing gels can help speed up the process.

Will using a teeth whitening kit brighten the color of my veneers, fillings, or crowns?

If you are struggling with surface stains, it can. However, it cannot change the color of the cosmetic or restorative materials themselves. They do not have pores like the natural teeth, so the whitening agent cannot get inside to change the color.